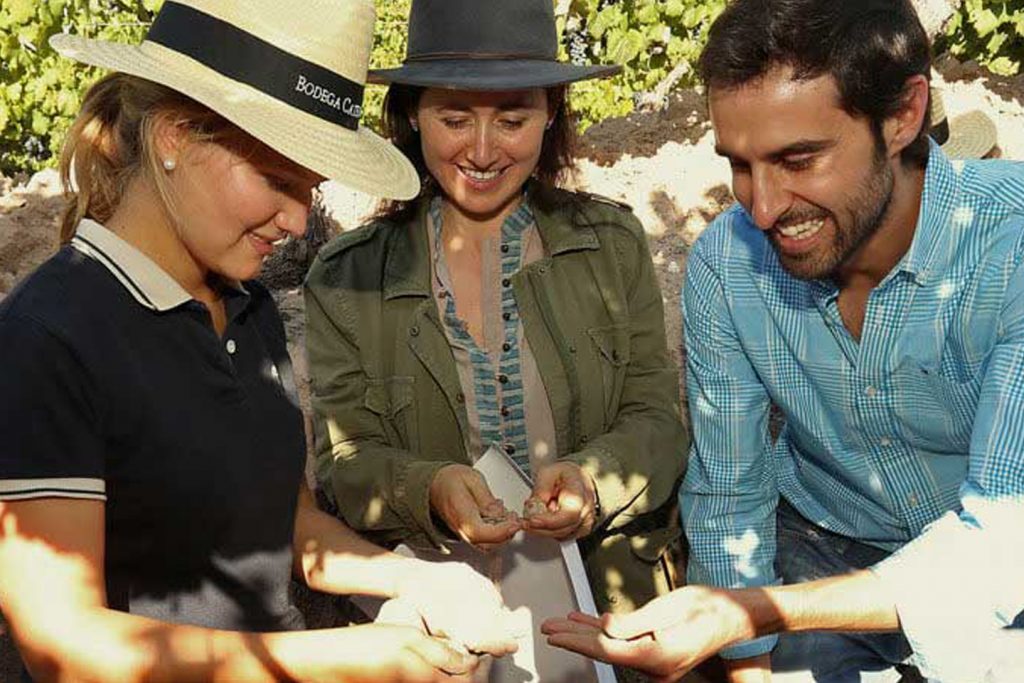 At the Catena Institute of wine, created by Laura Catena, biologist, doctor, director of the Catena Zapata winery and ambassador of Argentine wine in the United States, they decided to investigate from a scientific base to try to obtain the answer.

The interest arose during the birthday of Nicolás Catena, father of Laura, in which they drank a French wine of 70 years. And then they said, “why not think of something like this for our winery, so our grandchildren can toast in the future with Catena Zapata wines, aged for 50, 70 or even a 100 years?”

Nowadays Fernando Buscema, executive director of the Catena Institute and author with Federico Agazzi, and other colleagues, of a work called “Aging of Malbec wines from Mendoza and California: Evolution of Phenolic and Elementary Composition,“ published in 2018 in Food Chemistry, is working on that project.

To understand the effect of the terroir. Asking: are Malbec from Mendoza and California different? What happens after aging in the bottle? Is there still a fingerprint of each region? We have seen that the answer to all these questions is affirmative.

Do your conclusions allow us to project the evolution of wine in a period of more than five years?

As a scientist, I should tell you that we must continue to study the evolution for more years, in order to predict the aging potential of a wine. In fact, we are evaluating ways to generate an accelerated aging test that will allow us to answer your question, which is also ours. So far, no one has studied in depth the issue and has published its conclusions like us. We hope to inspire other groups to do so. After finishing my studies at UC Davis University, they continued my Malbec project but with Pinot Noir. I’m also excited to see what results they get.

What is the objective of comparing Mendoza and California?

To understand the effect of the terroir. Asking: are Malbec from Mendoza and California different? What happens after aging in the bottle? Is there still a fingerprint of each region? We have seen that the answer to all these questions is affirmative.

What conclusions emerge from the study between Mendoza and California?

That during the five years of aging of the Malbec wines of parcels, that was the object of the study, the terroir undoubtedly leaves a lasting mark. That is objective and unquestionable. On the other hand, we are doing a mega-study adding three more seasons of Malbec wine to see if this effect is repeated year after year or not.

What is the horizon that you project with respect to the guarding potential of Argentine wines, specifically the Catena Zapata?

How difficult, because personal issues arise. Do all like the same wines? If I take a hundred experts and give them “old” wines, will everyone agree on what is good and what is not? There is no study that has measured it, and it is one of the things that I have in mind to do, with the Masters of Wine or Master Sommelier. I can, though, mention the case of two wines like the Nicolás Catena Zapata 1997 or CARO 2002. When we drank them, they were really very good.

Two of the wines of Catena Zapata that you can find in Vinoapp.