‘We are seeing startling changes in wines from Argentina’

Winemaking in Argentina and its beloved Malbec is changing, for the better and very fast…. something very few consumers know. (By Ruma Singh) A couple of decades ago, Argentinian red wines came into world focus with the resurgence of Malbec, the grape of French origin which found a new home in this New World country after losing traction in its original home in France. The wines were big, heavily-oaked, jammy and juicy and went very well with the superb quality meat Argentina was known for. It also helped that Argentine Malbec was affordable. This was the image that endures.

However, there is a quiet revolution happening in Argentina’s wine industry. Tired of being regarded as a one-trick pony, producers are turning to the land, with its rich variety of soil, altitude and climate, and producing increasing numbers of award-winning wines. While Malbec rules, it takes on different nuances, and along with it, producers like the pioneering Bodega Catena Zapata and Familia Zuccardi are finding Cabernet Sauvignon, Chardonnay, Torrontes, Bonarda, Syrah and many more. White grapes are getting as many raves as the reds. And there is experimentation with techniques, with forms of viticulture and vinification – Argentina also now has a vast range, from richly-textured orange wines, natural and biodynamic wines. In the words of noted wine critic James Suckling, who cannot say enough good things about the wines of this country, “Argentina has it all if you know where to look for.”

Therein lies the rub, to quote Shakespeare’s Hamlet. Does the international wine consumer, the buyer of the wine, know this yet? The struggles to get the good word out about Argentina’s new wine quality and variety, to break the old mould, is very real and it is ongoing.

Yet, the old image of Argentina = oaked, high alcohol, jammy Malbec persists for most.

To work towards the mammoth task of changing the image of Argentina’s wine story was created Wines of Argentina in the mid-1990s; a coming together of federal and provincial government ministries, private producers working in unison for the betterment of wines of Argentina. To quote the website, “It was decided that a country brand would be used by this industry for promotional purposes at international events and fairs. That is how Wines of Argentina was born.”

Brand ambassadors were appointed in top markets for the wines, to help producers reach out and make their case to the consumers.

At one such tasting, I met Phil Crozier, brand ambassador for Wines of Argentina for the UK and Europe. As I chatted with him, I learned more of the Herculean task Argentina has at hand.

There are significant, very major changes by Argentina’s wine producers. Crozier puts these into perspective…

I think Argentina has been on a journey to discovering itself in the last 10 years. For so long, Argentina’s identity has been through the unique features that altitude brings to their identity. 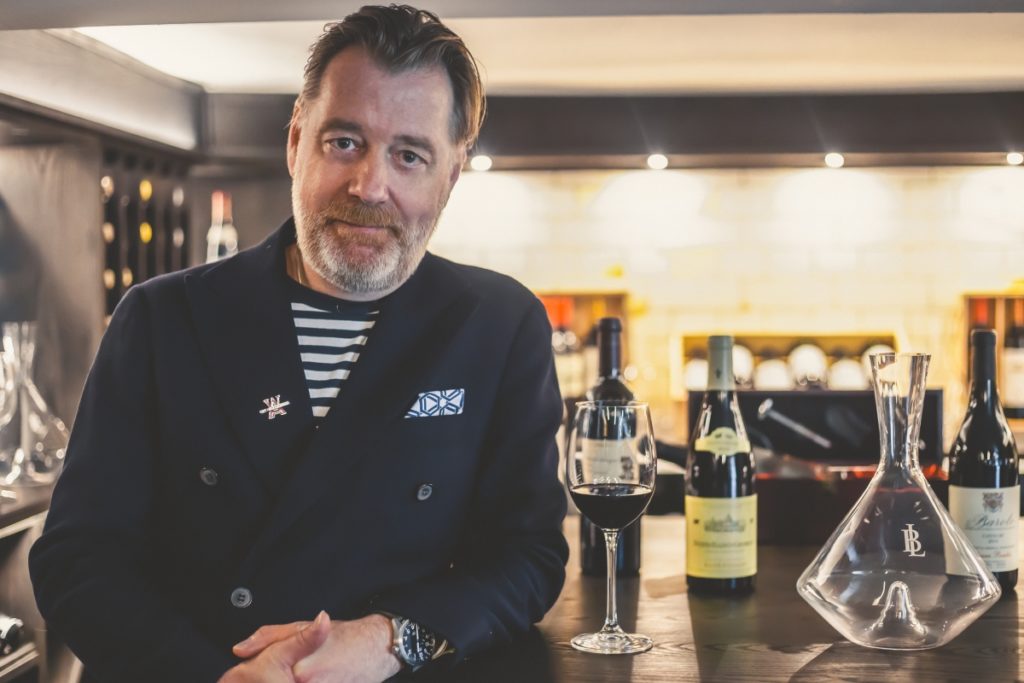 Phil Crozier, brand ambassador of Wines of Argentina for the UK and Europe

Although this remains true, there have been many winemakers who seek to delve more deeply into the history of the soils, and how they combine with climate, topography and altitude to bring identity to micro-regions. This has culminated in the start of precision viticulture, to the extent that wines are even being made according to the soil profile in different parts of the vineyard.

Modern technology has an increasing role in identifying these differences, with new ways to irrigate and tending the vine according to this combination of factors.

It’s early days, but we are seeing some startling wines born from these changes.

Well, firstly, and most importantly, the grapes. As I just mentioned, the real changes have been in how to get maximum interpretation and terroir differences shown in the wines. Crucially, picking times come into play. The days of pushing ripeness to guarantee softness in the tannins are a thing of the past. I would say, on average, most winemakers are picking around 3 – 4 weeks earlier than 15 years ago.

This can only be achieved through making risky decisions until there is an accepted time that provides balance to the wine. I think we have now reached that point.

Winemaking is much more gentle in its approach to extraction. Microvinification, experimentation, and a more natural approach have all combined to reach a point where a ‘less is more’ philosophy is paying dividends.

This is where changes in consumer perception play a vital role. Crozier explained to me that this would take a long, long time.

I think that we are talking about how much the change in the style of Malbecs, for example, has affected the consumer that fell in love with these wines 10 to 15 years ago. I have been fortunate to track these changes, and I must say I agree with the new focus on purity.

We need to communicate these changes are why they are happening. This will only happen through the exploration of terroir, and regional differences.

This can then be seen on labels. But this is going to take a lot of time and will to identify all of these sub-regions. If we start now, it will eventually filter through to the consumer when making their choice.

Of course, this is not just a matter for Malbec. But its a great start, especially when talking about a grape variety that the consumer is more familiar with.

The speed of change in Argentina is very fast. I think the country is pulling together on this identification of sub-regions to ensure its future as a great winemaking nation.

Asia is becoming a big destination for wines of Argentina, but the UK and the rest of Europe still show tremendous scope to develop.

I think the potential in many markets is huge. Asia is proving to work well, especially as these markets explore the culture of Argentina too. Wine is indelibly likened to culture.

I believe the UK and Europe have still got plenty of room for growth, especially at the premium end.

Converting existing to organic and biodynamic is a big commitment. But Argentina is making this commitment.

I think Argentina is waking up to the growing market for organic and biodynamic wine. We now have over 6000hecatres under organic viticulture, and it is growing. We are now at a point where the rest of the industry is watching these pioneering winemakers see how the market reacts.

I think we will see a lot more in the future.

With every effort in place, what more needs to be done, I ask Crozier.

Education and more education. These changes are in real-time, and so we need to communicate regions and diversity now.

In the off-trade, labelling is key. Placing sub-regions on the front table, and explaining these regions on the back label will help the consumer. Of course, working with buyers is also key.

In the on-trade, where most wine is hand sold, working with sommeliers and staff is vital. This is where I feel we can be most effective. Our Barullo sessions have been very popular in the trade, as we try to focus on Argentina with different themes, drilling down on specific regions, for example. Ruma Singh is a former full-time journalist, now a full-time writer and columnist on wine. She also dabbles in writing on food, travel and doing interviews with fascinating people with something to say.